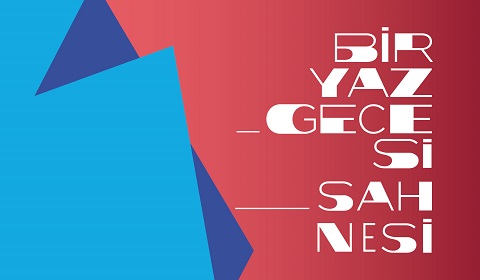 Chiko (DJ)
With 15 years of experience in the music business as a sound engineer, stage manager, or and tour manager (for Chinese Man records and other projects), )—but most of all a music addict, —Romain aka Chiko started to dig music melodies from an early age, influenced by the amazing diversity of music. Always curious about discovering new tracks from all around the world, he strongly believes that sharing music improves the mutual understanding between people and cultures. So, tonight, he will share with us a part of his wide vast selection so we could can enjoy the music in an universal gathering. Put on your some comfy shoes on and be get ready to step indance!

The Kites
The Kites was founded at the end of 2017 by Tan Deliorman and Ozan Erverdi, who were born in the same building in Istanbul and grew up making music together from a young age. With a mix of funk, rock, and fusion at their core, the band’s tracks blend the Woodstock spirit with the soul of jazz, combining a long list of inspirations ranging from Afrobeat to psychedelic rock in the same melting pot. The band has started to perform its own compositions and arrangements. Having made a name for themselves in a short amount of time, The Kites’ main motivation behind their music is to get away from the troubles of everyday life and use their instruments to show both themselves and their listeners a good time.
Following its first live performance at the Parklarda Caz (Jazz in the Parks) concert series as part of the 25th Istanbul Jazz Festival, The Kites has taken the stage at various important projects and events such as the Zorlu PSM Jazz Festival, Bozcaada Jazz Festival, Istanbul Jazz Festival Gece Gezmesi (Night Out), Red Bull Music Festival: Red Bull House of Music, Demonation Festival No:10 Phase 1, Red Bull Music Stage, Yapı Kredi Bomontiada Concerts, Babylon Season Opening Party, Birbabaindie 10th Year Party, Audioban Adidas Concerts, Anahit Sahne, and N.O.P.I Paris.
Their debut album “Sunset Vibes” was released on the Audioban label in both record and digital formats. Their single “New Generation Jungle,” recorded at the Red Bull Music Studios in Paris, was released on all digital platforms on May 8, 2020. The duo is joined onstage by Atakan Kotiloğlu on bass guitar, Yağmur Kerestecioğlu on the keyboard, and Yağız Nevzat İpek on percussion.

Undomondo (DJ)
Having started its career as a blog in 2005 with the motto of publishing good music regardless of genre, period and geography, and radio show on dinamo.fm. Undomondo aims to create hybrid content without discriminating and remains in the scope of spirit, funk, afro-Latin, Brazil, jazz, and sometimes in the old school house and techno world.

Hedonutopia
An indie-electronic band from Istanbul, Hedonutopia derives its name from a combination of the words “hedonism” and “utopia.” Comprised of Fırat Külçek on guitars and vocals and Kerem Feyzi on synths and samples, the duo started out in Izmir in 2008. After winning first place at Radyo Boğaziçi’s 18th Battle of the Bands in 2016, the band released its debut album “Ucube Dizayn,” followed by “Yarı Cennet” a year later, “Yakamoz Sandalı” in 2018, and most recently its fourth album “Arzu Utopyası” in 2019 via Dokuz Sekiz Music.
With electronic rhythms, fluttering melodies, and deep vocals that seem to be coming from a distance, Hedonutopia strolls through a vast geography stretching from the arid lands of experimentalism to the deep waters of melancholy. The duo is currently at work on its fifth album.

TICKET INFORMATION
You may purchase your tickets via the Beykoz Kundura website. Please note that we do not sell tickets at the door.

Follow our social media accounts to receive updates and stay in-the-know about our offers.

IMPORTANT INFORMATION
Seating Plan: Our seats are unnumbered. The seats are staggered diagonally, keeping 1m of distance between them.

Additional Measures to Protect Your Health:
Ticket checks are contactless, using digital tickets with QR codes sent to you via e-mail or SMS. QR codes are non-transferable and for single use.
Beykoz Kundura has a fever measuring policy using contactless thermometers.
Guests who are not wearing masks will not be permitted into the event space. We kindly ask that you wear your mask properly throughout your stay in the event space.
From the moment you enter the event space, please adhere to general precautions for COVID-19 and heed the warnings of our staff, especially when it comes to “social distancing, mask use, and hand hygiene.”
Since the event will take place outdoors, we recommend that our guests dress according to weather conditions.

Venue Use:
We would like to remind you that the event ticket does not allow access to the filming sets located within Beykoz Kundura, and kindly ask that you remain in the designated area.
It is forbidden to use professional cameras without written permission. We kindly ask that you check your recording devices at the security point found at Beykoz Kundura’s entrance.

HOW TO GET THERE?

For detailed information on getting to Beykoz Kundura via public transport, click here. 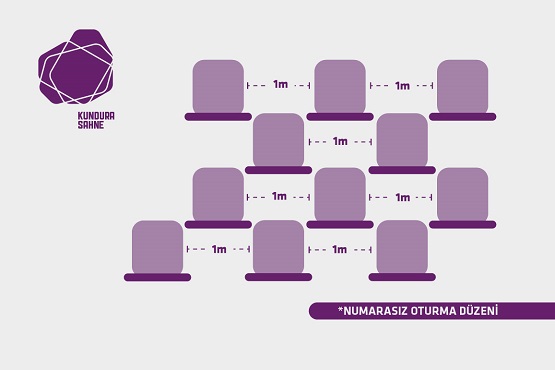