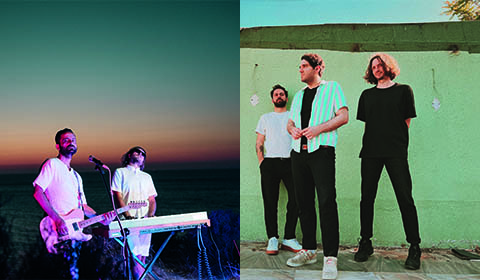 A Midsummer's Night Festival: Hedonutopia & The Away Days
14 August 2022, Sunday

A Midsummer's Night Festival ends on a musical high note. On August 14th Sunday evening, the festival will welcome art enthusiasts on the shores of the Bosphorus, illuminated by the full moon and the alternative music’s distinctive bands Hedonutopia and The Away Days gracing the stage.

The indie-electronic duo Hedonutopia, who received praise from critics with their albums “Ucube Dizayn”, “Yakamoz Sandalı”, “Arzu Ütopyası” and last year’s “Nergist”, will now play their songs filled with electronic beats and melancholic melodies at Beykoz Kundura’s enchanting atmosphere. Following them, the indie rock and dream pop band The Away Days, whose success has reached beyond the domestic borders with their popular singles and 2017 debut album “Dreamed at Dawn”, will take the stage.

Hedonutopia The Istanbul based indie-electronic duo Hedunutopia, meaning “Utopia of Desire”, was formed in Izmir in 2008. They won the 18th Battle of the Bands Competition organized by Radio Bogazici in 2016 and released their first album “Ucube Dizayn” the same year. Their much-acclaimed albums such as “Yarı Cennet” (2017), “Yakamoz Sandalı” (2018), “Arzu Utopyası” (2019) and “Beyaz Durak” (2020) were released under the DokuzSekiz Muzik label. Their sixth and most recent album “Nergist” was released in 2021.

The Away Days The Istanbul based indie rock and dream pop band The Away Days played at many major festivals, particularly SXSW in the USA, The Great Escape in England, Glimps in Belgium and United Islands in the Czech Republic. They also opened for notable musicians like Portishead, Massive Attack, Belle & Sebastian, Wild Beasts, Paul Banks, Unknown Mortal Orchestra, Owen Pallett, LocalNatives, Morcheeba at their Istanbul concerts. The band’s travels around the globe have reverberated on their chords and took them to many heights from the classic indie-rock tones to shoegaze, dream pop and psychedelic atmospheres. Following their popular singles memorized by many, the band released their much-anticipated album “Dreamed at Dawn” in March 2017 under the Pasaj Müzik label. After the release of the album, the band completed three European tours and continued to play live domestically. Their most recent single release is last year’s “How Many Times” and the band is currently working on a new album while continuing with their concerts.

TICKET INFORMATION
You can buy your ticket from the website of Beykoz Kundura. Tickets will not be sold at the door.

We would like to remind you that you could always access your digital tickets from “My Tickets” tab for your transactions with a member login on our website.
You can follow our updates and offers on our social media pages.
Refund of Ticket: The program may be changed for reasons beyond our control. Purchased tickets cannot be changed or refunded with the exception of screening cancellations or date changes.

IMPORTANT INFORMATION
Seating Arrangement: Our seats are not numbered.  Bringing portable seats/chairs, etc. is not allowed!

For Your Health:
- Ticket control operation is carried out without contact with the QR code digital tickets sent to you via e-mail and SMS.
- The event is organized in accordance with the current hygiene rules.
- We recommend the audience to dress according to the weather conditions, as the screening will be open-air.

How to Use the Venues:
- The audience can enter Beykoz Kundura 2 hours before the session written on the ticket they bought.
- We would like to remind you that the event ticket does not provide access to the film sets in Beykoz Kundura, therefore we kindly ask you to stay in the specified areas.
- The exhibition “Memory of Kundura: The World Within a Factory” can be visited free of charge between 19:00 – 21:00 on the event days.

Shooting with a professional camera without a written permission is not allowed. We kindly ask you to leave your recording devices at the security point at the entrance of Beykoz Kundura.

Age Limit: The cinema films that have not been evaluated and classified as per the Article 7 of the Law No. 7163 are screened with +18-age mark in festivals, special screenings and similar cultural and art events.

Screening: All films will be screened in their original language with Turkish subtitles. In case of a technical problem in the electronic subtitle system, we will try to solve the problem first, and if this is not possible, the film screening will proceed without subtitles.
- We kindly ask the audience to arrive on time for the sessions.

Foods and Beverages: You can make use of our food and beverage services in the event area or go to Beykoz Kundura’s restaurant Demirane. Bringing foods or beverages from outside is not allowed.

Program Change: Do not forget to follow us on social media! In case of a program change for reasons beyond our control, it will be announced on our website and social media.

HOW TO GET TO BEYKOZ KUNDURA?

- You may use your own vehicle for transportation. Parking is free of charge.
- You may take advantage of our free* boat service between Beşiktaş and Beykoz Kundura throughout the duration of the event.
* Reservations required due to limited capacity. Click here to reserve your spot. 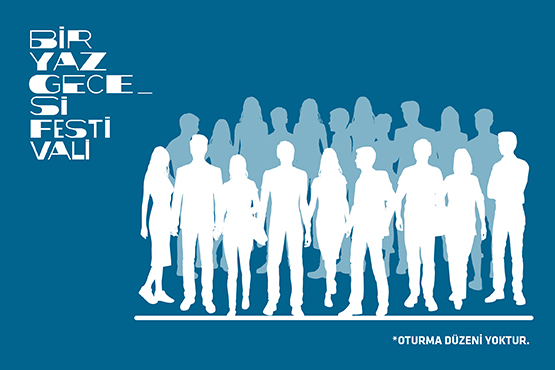