Travel back to the ‘20s and ‘30s with a program of jazz shorts from the Cohen Film Collection. These films carry the legacy of some of jazz’s greatest legends, including Billie Holiday, Bessie Smith, Cab Calloway, Hoagy Charmichael, Duke Ellington and Artie Shaw and His Orchestra, among others. Take five to enjoy a short film in full swing

Set in a squalid Greenwich Village apartment, a group of drug addicts are waiting for their connection to bring their fixes. Many of them are jazz musicians, who perform during the play. And thus begins a play within a play within a jazz concert — a drug-addled crossing of “A Midsummer Night’s Dream” and “Waiting for Godot.” The director and author are said to be there in the apartment to guide the junkies in a series of improvisational themes to reveal their lives and inner thoughts. The play was a blessing for jazz saxophonist Jackie McLean, as his drug arrest in 1957 had cost him his cabaret license, barring him from performing in clubs. The play gave him two years to work on stage and he went on to perform in Clarke’s film version as well.

Screenings:
There is no intermission during the screenings. All the films will be screened in the original language with Turkish subtitles.

Seating:
There are no seat numbers.

Food & Beverage:
You may enjoy the food and beverage services at the screening venue or you may prefer Beykoz Kundura’s restaurant, Demirane.

Location:
We would like to remind that the ticket only allows the guests to use the designated area. Entrance to the film sets in Beykoz Kundura is not permitted. We kindly ask you to remain in the event venue.

Programme Change:
Don’t forget to follow us on social media! If there is a change in the scheduled programme due to reasons beyond our control, you can get information from our website and social media accounts.

Ticket Information
Tickets are available at Beykoz Kundura website and Kundura Box Office.
20% off on buying four or more films.
The ones holding a student ticket are required to show their student identification card at the venue entrance.

How to Get There?

You can use our boat service, provided especially for the event, from Beşiktaş to Beykoz Kundura, everyday throughout the event.

* The boat leaving from Beykoz Kundura Pier first stops at Beşiktaş and then leaves for Kadıköy.
Price (Round-trip): 10 TL 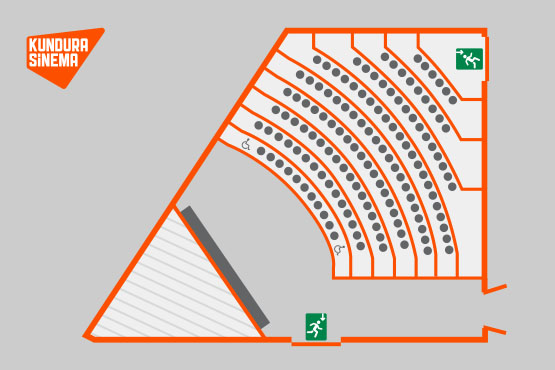