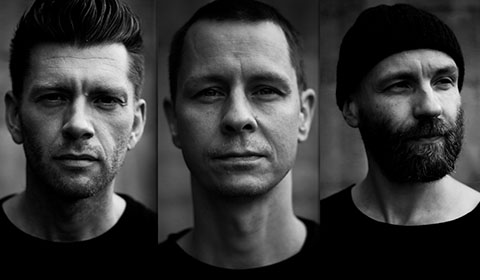 PEOPLE ON SUNDAY AND MÚM

People on Sunday and Múm

“People on Sunday” which will be screened to the accompaniment of Icelandic electronic and experimental pop band Múm’s live performance, is the story of how ordinary people celebrate life on an ordinary Sunday in late 1920’s Berlin. Preceding the Great Depression and shot in summer of 1929 before the Nazi Rule tarnished the daily life, the film is about five teenagers crossing paths on a Sunday and their journey to the countryside. While their joy is betimes eclipsed by momentary outbursts, tantrums or fits of jealousy, these too dissipate rapidly not unlike the clouds above them while wisely reminding the audience to treasure the ‘the moment”.
Co-directed by Robert Siodmak and Edgar G. Ulmer in the early stages of their career before their phenomenal achievements in Hollywood, and with Oscar-winning director Billy Wilder's contribution to the screenplay, "People on Sunday” is a unique experiment in juxtaposition of documentary and narrative film, as well as of the anonymous and the personal. Shot with non-actors on a shoestring budget and attained unexpected success upon its release in 1930, the film can be considered a hybrid of Dziga Vertov’s “Man with the Movie Camera” and Walter Ruttmann’s “Berlin: Symphony of a Great City”.

“People on Sunday” is a film that Berliners visually know by heart and identify with, and it is invaluable to witness a long-gone Berlin not yet destroyed by the Nazis.

Múm is pronounced “miooyyuujm” but called mum in short. The band was founded in 1997 by experimental musicians Gunnar Örn Tynes and Örvar Þóreyjarson Smárason, along with twin sisters Gyða and Kristín Anna Valtýsdóttir who had classical backgrounds. Following a series of singles and remixes, they released their debut album “Yesterday Was Dramatic - Today Is OK” in 2000 from the well-known English record label Fat Cat. Their success continued with “Finally We Are No One” (2002) and “Summer Make Good” (2004). After Gyða and Kristín’s departures in 2002 and 2006 respectively, Gunnar and Örvar soldiered on together and released the albums “Go Go Smear The Poison Ivy” in 2007 and “Sing Along to Songs You Don't Know” in 2009. The band released their song “Whistle”, a surprise collaboration with Kylie Minogue, on SoundCloud in 2013, the year which also saw them release their sixth album “Smilewound”. Reappearing with the 20th anniversary edition of their debut album in 2019, Múm is also known for their live performances that they perform for films.

TICKET INFORMATION
You can buy your ticket from the website of Beykoz Kundura. Tickets will not be sold at the door.

We would like to remind you that you could always access your digital tickets from “My Tickets” tab for your transactions with a member login on our website.
You can follow our updates and offers on our social media pages.
Refund of Ticket: The program may be changed for reasons beyond our control. Purchased tickets cannot be changed or refunded with the exception of screening cancellations or date changes.

IMPORTANT INFORMATION
Seating Arrangement: Our seats are not numbered.  Bringing portable seats/chairs, etc. is not allowed!

For Your Health:
- Ticket control operation is carried out without contact with the QR code digital tickets sent to you via e-mail and SMS.
- The event is organized in accordance with the current hygiene rules.
- We recommend the audience to dress according to the weather conditions, as the screening will be open-air.

How to Use the Venues:
- The audience can enter Beykoz Kundura 2 hours before the session written on the ticket they bought.
- We would like to remind you that the event ticket does not provide access to the film sets in Beykoz Kundura, therefore we kindly ask you to stay in the specified areas.
- The exhibition “Memory of Kundura: The World Within a Factory” can be visited free of charge between 19:00 – 21:00 on the event days.

Shooting with a professional camera without a written permission is not allowed. We kindly ask you to leave your recording devices at the security point at the entrance of Beykoz Kundura.

Age Limit: The cinema films that have not been evaluated and classified as per the Article 7 of the Law No. 7163 are screened with +18-age mark in festivals, special screenings and similar cultural and art events.

Screening: All films will be screened in their original language with Turkish subtitles. In case of a technical problem in the electronic subtitle system, we will try to solve the problem first, and if this is not possible, the film screening will proceed without subtitles.
- We kindly ask the audience to arrive on time for the sessions.

Foods and Beverages: You can make use of our food and beverage services in the event area or go to Beykoz Kundura’s restaurant Demirane. Bringing foods or beverages from outside is not allowed.

Program Change: Do not forget to follow us on social media! In case of a program change for reasons beyond our control, it will be announced on our website and social media.

HOW TO GET TO BEYKOZ KUNDURA?

- You may use your own vehicle for transportation. Parking is free of charge.
- You may take advantage of our free* boat service between Beşiktaş and Beykoz Kundura throughout the duration of the event.
* Reservations required due to limited capacity. Click here to reserve your spot. 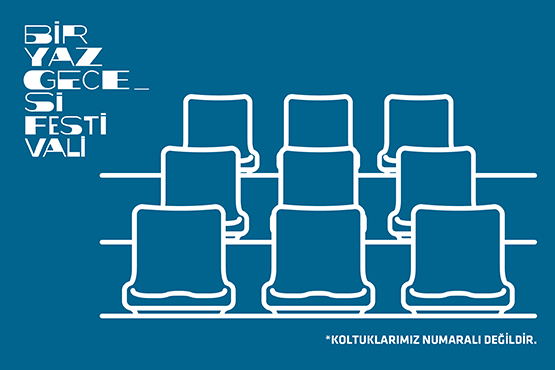