Kundura Cinema was designed to revive cinema culture in Beykoz Kundura as a social experience by starting off from the memory of the venue. Film screenings, which were a part of daily life during the factory period and were carried out with the participation of the inhabitants  of Beykoz has always been an important source of inspiration for Kundura Cinema.

Today culture and art are produced in Beykoz Kundura, where leather and shoes were once manufactured. Thus, Beykoz Kundura, which has served as a film and tv series set for many years, was transformed into a culture and art venue, where not only films are made, but also they can meet their audience. Today it brings films from different geographical locations and various eras together with the audience and offers a unique experience to film lovers with its industrial design.

Kundura Cinema accommodates its guests as an authentic venue that discusses and elaborates films through its original curatorial contents, thematic programs and side events and offers an alternative perspective to cinema. It presents periodically audio-visual works in many different forms ranging from silent films displayed along with live music, new copies of carefully restored Hollywood classics, creative documentaries handpicked from international festivals to experimental films and artist videos. 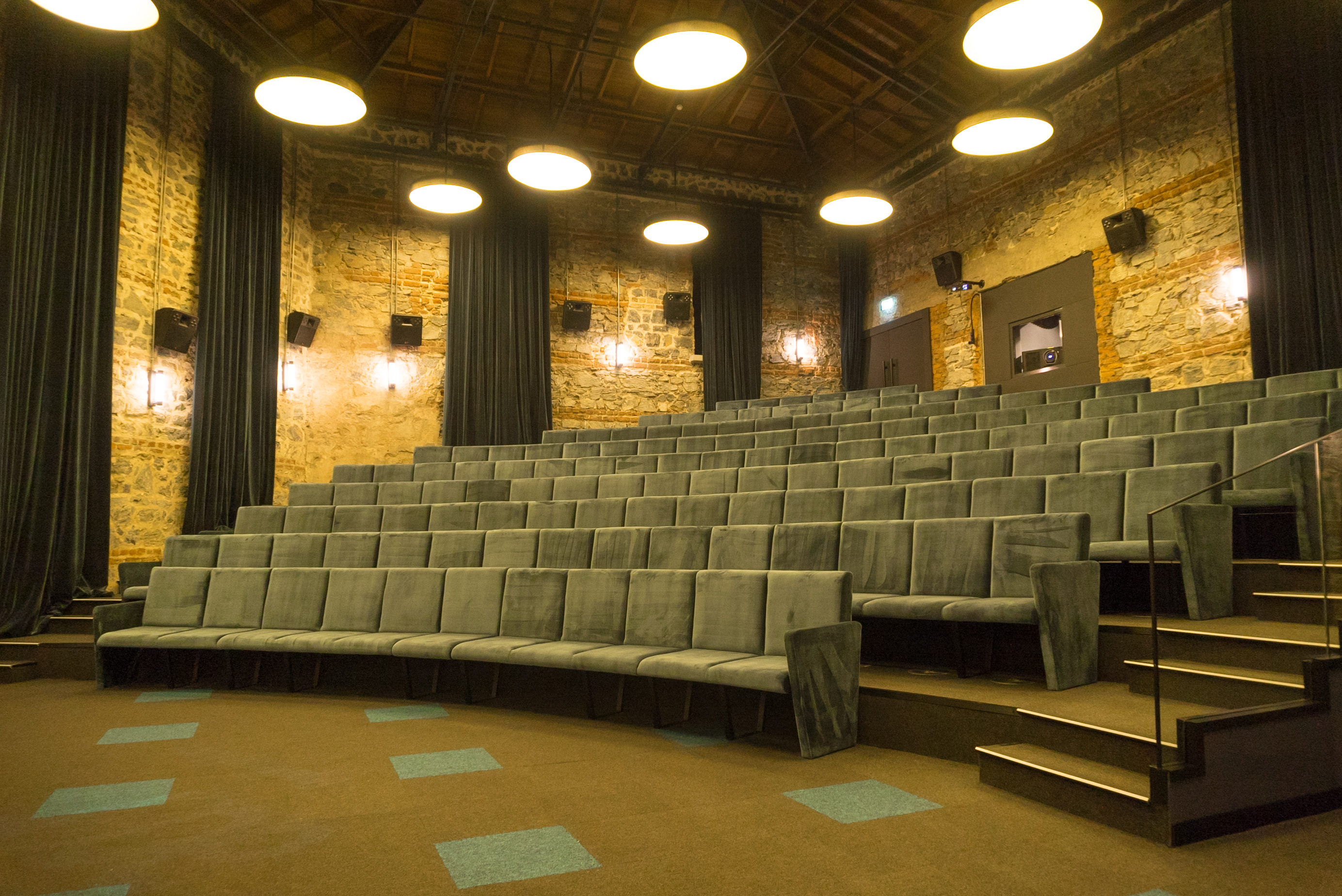 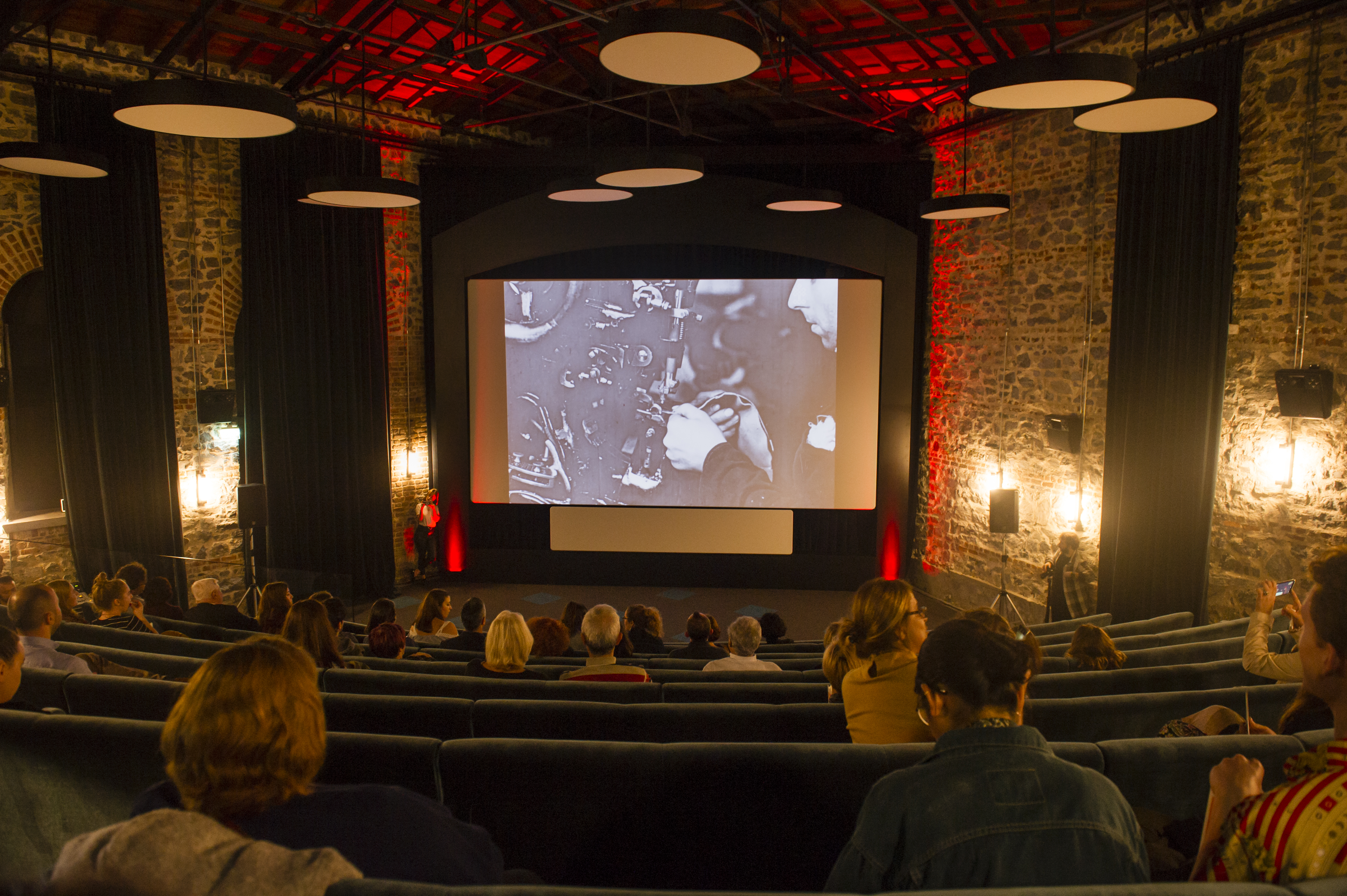 From boiler room to Film theatre

Kundura Cinema started its screening life with the restoration of the Boiler Room, which is the heart of cultural and artistic identity of Beykoz Kundura. There was a historical kiln in the venue which was known as the Russian Boiler. The space used as the warehouse of this kiln is now a film theatre, whereas the location of the kiln serves as lounge area and food court.

As a result of the restoration efforts carried out by preserving the original building, a film theatre equipped with state-of-the-art equipment was created using hallmark equipment such as Christie Digital Cinema Projection, Spectral cinema screen and Luis Wassman sound system. Kundura Cinema, which has a seating capacity for 135 people opened its gates with first private screenings on 27 September 2018 under the scope of UNESCO’s World Day for Audiovisual Heritage. Before starting its ticketed screenings in November 2018, it has already begun to welcome film lovers in various pop-up events and to introduce them to Kundura’s world. First “Restored Film Days” were featured in August 2017, name of which was referring to our cinema, which was then under restoration. Then in January 2018 it hosted an anthology titled “Snow-Clad Nightmares”, which was inspired from the dark and deserted corners of Beykoz Kundura. In line with the attention and demands increasing unexpectedly, Kundura integrated such film day events with its open air cinema during the summer. Open air summer cinema event, in which dozens of films in different film genres ranging from comedy to drama and from musicals to thrillers were played, transformed into a traditional summer event under the name “A MidSummer’s Night Cinema” which enabled us to see films on screen for the first time in a long while. This summer ritual, which also continued in 2020, despite the conditions of the pandemic, with the cooperation of MUBI Turkey, especially for that period, increased its follower base of cinephiles even more. By also featuring various musical performances, it reminded one more time that films and music are an inseparable couple. Every summer, “A Summer’s Night Cinema & Stage” invites music lovers and cinephiles to a cinematic journey on the shore of the Bosphorus along the beach of Kundura. 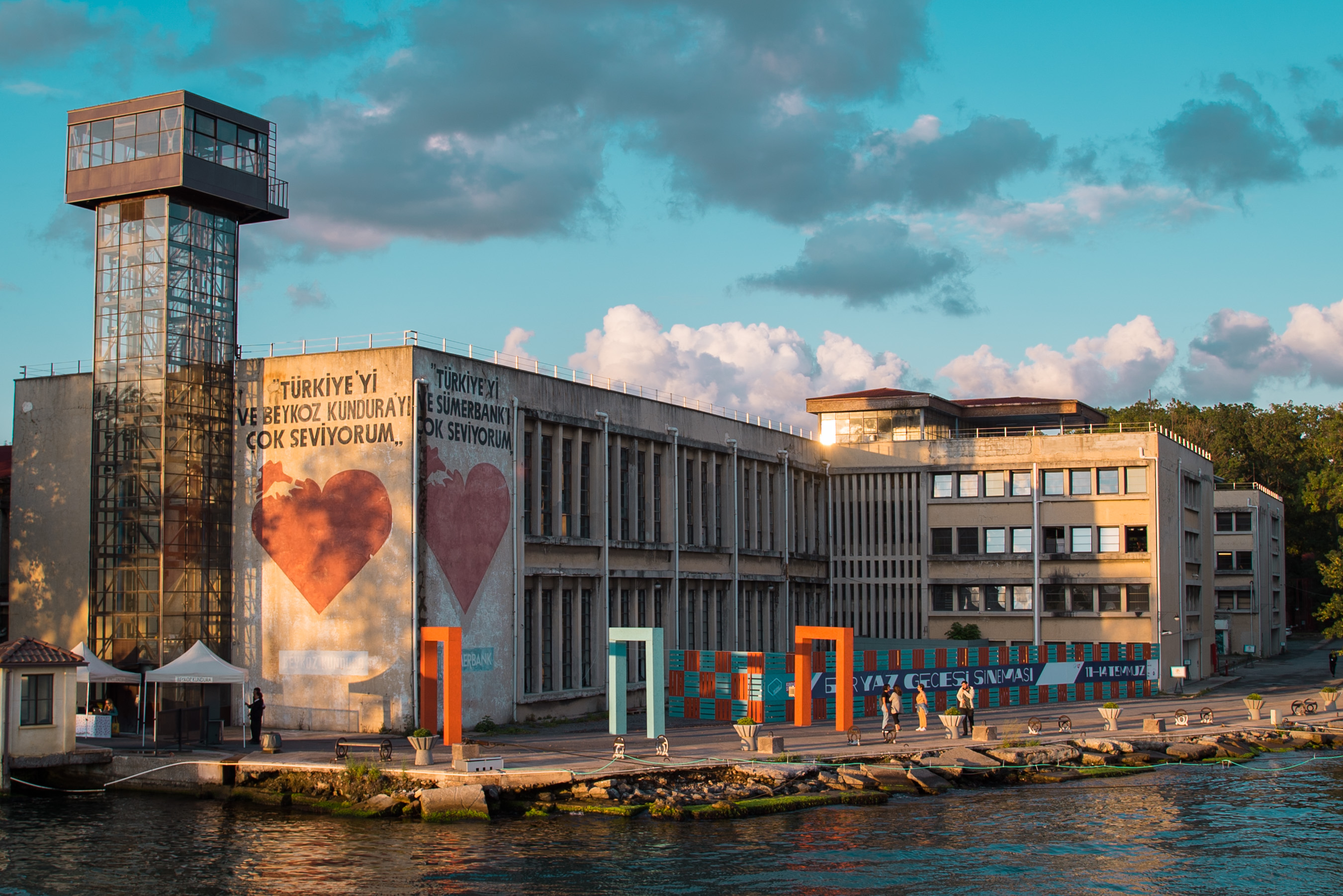